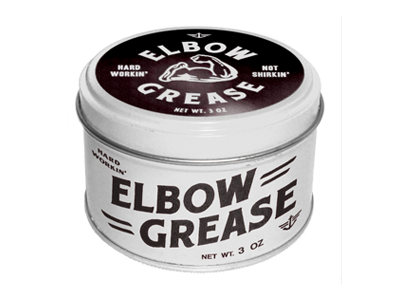 Last weekend we had some close friends over for lunch.

Ahead of them arriving, the kids (6 and 3) and I took on a few jobs in the backyard.  Pick the sticks and hard little seed pods up off the grass so we could play barefoot, clear the leaves off the trampoline, sweep the deck, check the BBQ gas bottle, the usual stuff.

Instead of spending 20 minutes raking the yard while the kids watched, we, well I, decided it might be fun to grab some plastic containers and do an old-fashioned emu bob. Because emu bobs rarely inspire greatness, I offered them 5 cents for each seed pod collected.  Genius.

It was pretty tedious work, but with our feet now (mostly) safe from being punctured mercilessly, I took on the relatively simple task of sweeping the deck.  Sure, a broom would have done the job, but a petrol-powered leaf blower would surely do the job quicker.  Turns out it did, although apart from blowing leaves off the deck, it also blew off the nicely laid table runner and knocked over some glasses.

Quickly tidying that mistake up before anyone saw, I moved on to the trampoline.  Again, my petrol-powered blower would make short work of a few leaves, and much faster than my usual broom method…

If you’ve ever seen one of those morning shows on TV where they coerce an overly excited member of the audience into a perspex box, turn on a huge fan and pour a bag of cash in, you’ll be able to picture the effect of winding up a Husqvarna 525BX in one of those kids trampolines with the netting. 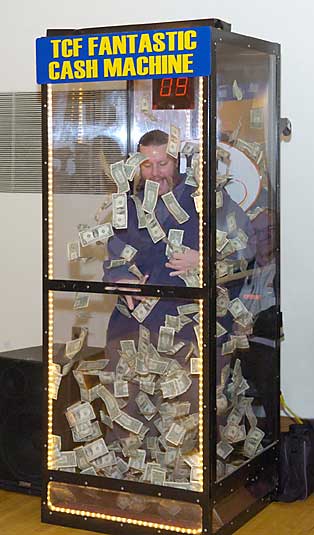 Due to an inherent character flaw of never thinking I’m wrong, I persisted with this madness until every leaf was either ejected through the handy access flap, or had been atomised such that they simply vanished into thin air.

My usual method of using a human-powered broom takes around 45 seconds.

It was at this point, covered in the dust of a thousand leaves, it dawned on me I’d been, again, suckered into thinking a shortcut is a shortcut, when in fact, they’re often anything but.

I’d been distracted by the smell of two-stroke, and the illusion that in all cases, motors and engines are better than elbow grease and sweat.

It got me thinking to all the others things we do as modern day humans that on the face of it look quicker, but are often just because we’ve been programmed into thinking this way.

This is not to say that all technologies are useless hacks.  I was reminiscing the other day that it wasn’t too many years ago my parents had a full set of encyclopedias at home, and my sister and I used them to do our school assignments.  It also wasn’t many years ago when we used to phone relatives in England, and had to book in time with the operator and simply hope the person on the other end of the line was at home.

Each of these things I can now do while on the bus.

What I’m saying is that in many human endeavours, you can’t escape the hard work, and in fact, the hard work itself is much of the reward.

In a recent team meeting at work, we asked each other what was the best work we’d ever done, and what was the best team we’d ever worked with.  We then explored the why’s behind it to see how we as a team could replicate those environments.  The overwhelming response from the group was the difficult projects were the ones they remembered most fondly.  The difficult ones were where they learned the most.  It was the times where teams had to knuckle down, face adversity, come together as a group, and ride out the storm with simple, hard, work. 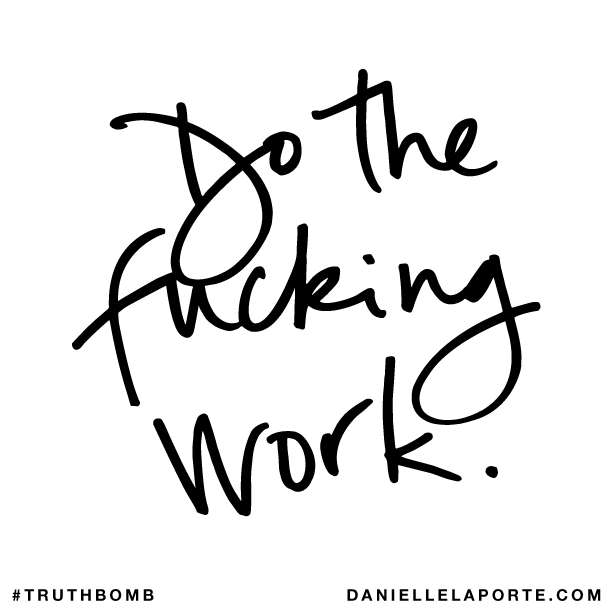 They were DOING THE WORK.  It’s inescapable.

So the next time you’re faced with a challenge, be it a seemingly impossible task, a never-ending to-do list or you’re feeling down, just do the work.  In fact, whatever looks the hardest, do that first.

Don’t get the office administrator to do it, don’t get a direct report who’s swamped with all the bulls!t tasks you’ve assigned them that you should have done yourself, don’t look to others to take the first bite.

Strap yourself in and just do the work.

Before you know it you’ve achieved the first thing on your non-resolution list, then the next, and the next.  Then you begin to wonder how that elephant ever seemed so big.

Do you find that simply starting is more than half the battle?  What are some ways you find the focus to see through the enormity of the task and start?  Leave a comment and share your techniques!